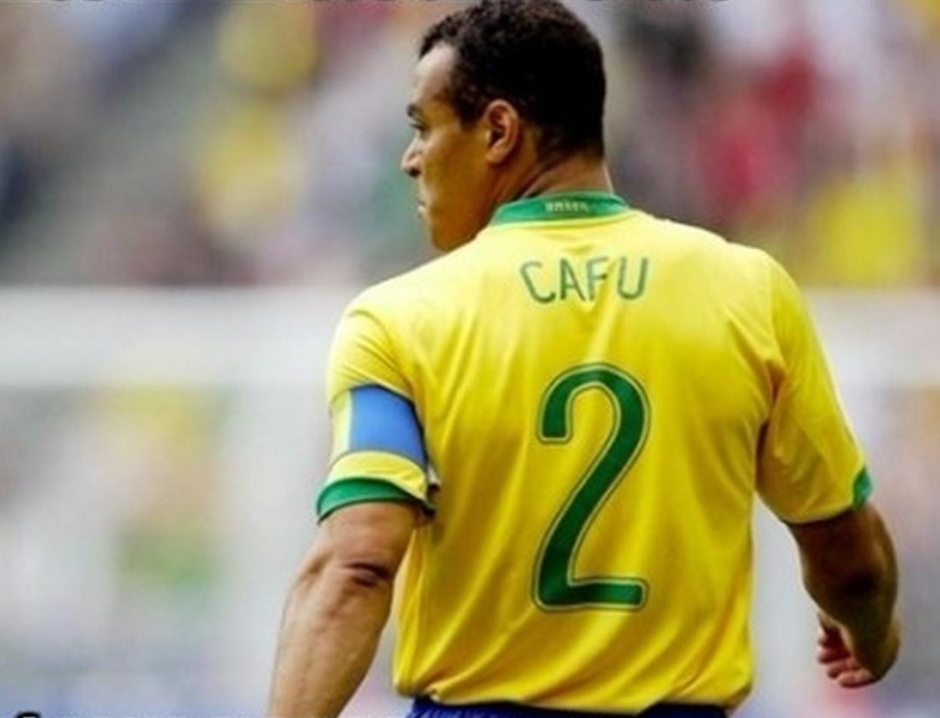 ‘Day 2 – Cafu’ has such a nice ring to it doesn’t it? Maybe that’s why he wore the number 2 in the first place…

As is often the case with Brazilian players, Cafu isn’t his real name. Born in 1970 as Marcos Evangelista de Morais in the Itaquaquecetuba municipality in the state of São Paulo, you could forgive him for shortening his name to avoid the kind of tongue-twisting that this sentence has inflicted. The nickname is derived from Cafuringa, a former Brazilian right winger.

Indeed, that hints at Cafu’s early career. Coming through at São Paulo FC, Cafu spent time at right midfield in his early years.

After being raised in the small, tough favela of Jardim Irene in São Paulo, Cafu pursued football from a young age. He cites his year of birth as his inspiration, with the 1970 World Cup in Mexico showcasing a Brazilian side that many still refer to as the greatest ever team to play the game.

But it wasn’t straightforward, Cafu was rejected from many clubs before making the grade at São Paulo. Cafu was part of a successful side, with two Copa Libertadores titles under his belt by the tender age of 24. He picked up the South American Footballer of the Year award in 1994.

Cafu made his debut for the ‎Seleção way back in 1990 against Spain. Cafu would go on to have a rich and illustrious international career that stands up well against anyone that has ever played the game.

The most internationally capped Brazilian player of all time with 142 caps, he featured in 21 World Cup games. Taking in four World Cups between 1994 and 2006, he was part of the victorious side in 1994 and captained the Samba stars to glory in 2002.  For good measure, Cafu also won the Copa America in 1997 and 1999, as well as winning the 1997 Confederations Cup.

He is the only player to participate in three World Cup finals. When he played in his fourth World Cup at the age of 36 in 2006, it was the first time that he hadn’t made it to the final, as the top heavy ‎Seleção side lacked balance and were dumped out by France.

In tandem with Roberto Carlos, Cafu made the fullback position fashionable for millennials. They followed in the footsteps of the likes of Carlos Alberto and set the scene for Dani Alves and Marcelo.

Cafu is best know in club football for his extended spells at AS Roma and AC Milan. A superb athlete with exemplary stamina, his overlapping runs were his trademark down the right-hand side. Sir Alex Ferguson remarked that Cafu must have “two hearts“, such was his energy.

He was part of the Roma side that won the Scudetto in 2001 as well as the Supercoppa Italiana. I Giallorossi haven’t won the league since. After moving on to AC Milan in 2003, his mission to win the Champions League was finally accomplished in 2007 when the Rossoneri avenged their defeat to Liverpool two years previously by beating them 2-1 in the final in Athens.

His time in Italy saw him develop the nickname Il Pendolino – a homage to Italian express trains. But there was more to Cafu than just physical qualities.

Cafu had great defensive ability due to a high tactical intelligence. He could be described as a wing-back with his forward movement, but in a more traditional sense, because he didn’t neglect his defensive responsibilities. Fullback is so often a position which requires reliable, dependable operators, and that’s exactly what Cafu was and more. Wearing number two throughout his career, Cafu was a reassuring presence down the right side for fans and teammates alike.

In true Samba style though, he couldn’t resist a bit of flair from time to time. He toyed with Pavel Nedved in the Rome derby in the early ’00s, audaciously flicking the ball over the winger’s head three times consecutively – a triple sombrero:

Cafu’s long and successful career ended in 2008 with AC Milan. At 38 but still a fine athlete, many questioned why he didn’t play on longer. Cafu didn’t have very much left to achieve in the game though and wanted to bow out at the top. Fittingly, he scored in his last ever appearance for AC Milan in their 4-1 win over Udinese.

As well as his skill as a player, those who played with Cafu will remember his demeanour and discipline. Truly one of the games good guys, he’s opened The Cafu Foundation at the Jardim Irene favela where he grew up.

Never forgetting where he came from, he exuded class throughout his career. This is illustrated wonderfully in this video of a pre-season encounter between a petulant Cristiano Ronaldo and the gentleman that is Cafu. After screening Ronaldo as he attempts to take him on, Cafu smiles at a visibly irritated Ronaldo in a typically dignified manner:

That is the legacy of Cafu. A magnificent career, incomparable in many senses. A serial winner and enduring icon. Cafu never forgot his roots, never forgot to smile and will never be forgotten.

In this season of goodwill, that’s something that is worth us all remembering.

Andrew Misra is a founder of 5WFootball, presents the weekly podcast and writes regularly for the site. You can see his work for 5WF here and follow him on Twitter here.

2 thoughts on “Advent Day 2 – Cafu, the man with two hearts”