Welcome to a new weekly feature on 5WFootball, where we will look at some of the best crests in football. When you think of past teams, the first thought may well be the players, but secondary, the thought turns to the identity: the kit, the crest, the stadium, the fans. The emblem, like many elements in football, is rather cliché like – yes, some look nice, but nobody really knows what they mean. They are the symbol for the passion shared between fans and teams. This weekly feature celebrates the best, from all over the world. Welcome to week 2: Lokomotiv Moscow.

Often the third-wheel in Moskva football, with Spartak and CSKA often the dominant forces, Lokomotiv haven’t had the success of their Moscow neighbours, but they still have a rich history in the game and the story of their origins is enough to gain the attention of any football fan.

Several football clubs around the world were created or born from strange places, such as mines or other industrial works. While most clubs have symbolic figures on their crest, or icons of their city – think Paris with the Eiffel Tower, Hull City with the tiger, Liverpool with the liver bird, etc – other crests denote a nod to their origins, which is the case with Lokomotiv.

Similar to London clubs Arsenal and West Ham, who were born in Royal Arsenal armaments factory in Woolwich, and Thames Ironworks, Lokomotiv were also born in a factory. It is probably easy to guess what said factory designed: locomotive trains.

Like Arsenal and West Ham celebrate their guns and hammers, Lokomotiv Moscow sport a train on their shirt, as a nod to their origin with workers at Moscow railway system.

The club were founded 1922, originally as ‘Kazanka’ – the name of the Moscow-Kazan railway. Since 1936, the club has been known as Lokomotiv, with thanks to approval from the Soviet Ministry of Transportation, who owned the club.

If you’re strange fanatics of the game like us at 5WFootball, you will be jotting a mental note of other clubs in the world named after modes of transport. A few we have found are Harrogate Railway FC, Lokomotive Leipzig, Lokomotiv Sofia, Newcastle Jets, Swindon Spitfires, Airbus UK, and even BATE Borisov – BATE being an acronym for Borisov Works of Automobile and Tractor Electric Equipment. Kidderminster Harriers, Llandudno Junction and Leyton Orient deserve a mention, but sadly, their origins aren’t quite so conclusive.

As for on the pitch, Lokomotiv won two titles in Soviet times, as well as the first ever Soviet Cup in 1936. Relegation and slump decades were on the cards in the 70’s and 80’s, but the club saw a real rise to prominence in the late 90’s and early 00’s.

They saw back to back triumphs in the Russian Cup in the new millennium, but the best was yet to come, as they won their first league title in 65 years in 2002, inside their new stadium, which was the most modern stadium in the country.

One of the most legendary figures in Lokomotiv history is Yuri Semin, who just couldn’t keep away from the club. Now in his 70’s, the man who took charge first in 1986 is now in his fourth stint at the club. The legendary coach, who Jonathan Wilson describes as a ‘coach who manages to combine supreme practicality and the dress sense of a maverick 70s TV cop’, guided the team away from bankruptcy with his own money (COUGH COUGH RAFA BENITEZ!) and then making them a regular top six club.

As far as crests go, it may not be as instantly recognisable as some, but the train and Cyrillic Л (L) is an iconic blend between an old-fashioned industrial theme and a modern Eastern European emblem. 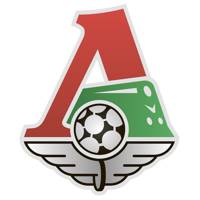