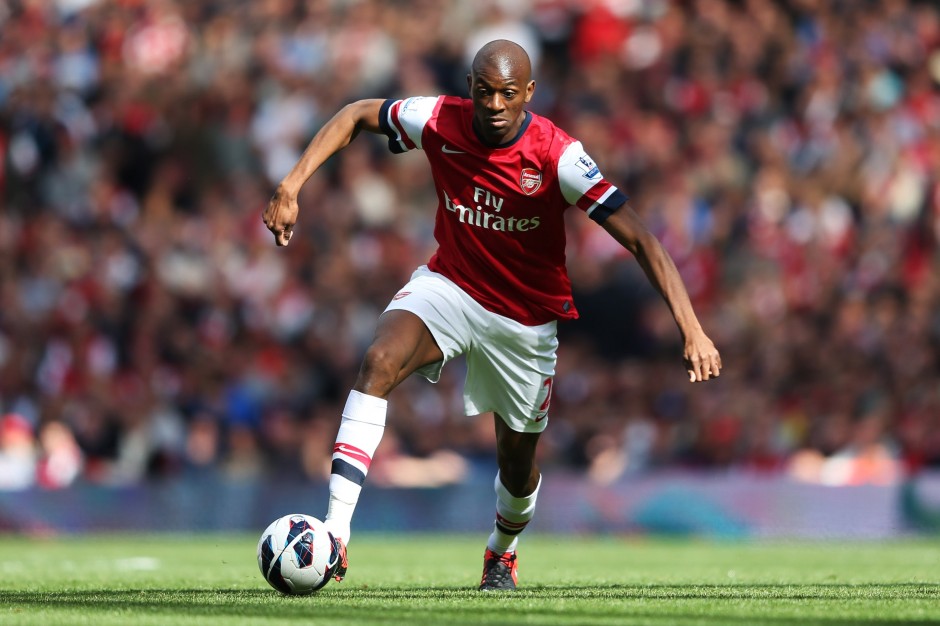 Injured. Probably the word most football fans would use to describe Abou Diaby’s career. He’s now announced his retirement at the age of 32. Diaby made just 198 club appearances in total during a 14-year career, and had been without a club since being released by Marseille in 2017.

To contextualise that tally, James Milner has made 162 appearances for Liverpool in less than four seasons. The reason for Diaby’s restricted game time almost doesn’t even need to be told. His staggering total of 42 injuries while at Arsenal has been well documented, to the sad result that Diaby has become something of a joke figure for many football fans. This detracts from the quality that the former French international brought when fully fit, as weighty a caveat as that became. Speaking out on his retirement, Diaby simply said:

“It was time. For a number of years, it has been difficult for me to come back. I had a lot of physical problems. I decided to stop simply because the body was not following. It’s difficult because I have spent most of my life in football. It’s a closing chapter”.

Here’s a reminder of the horrendous run of injuries he suffered while at #AFC 😳 pic.twitter.com/cMbtPu07Jv

Diaby came through the heralded youth system at Clairefontaine, a period during which he was involved in an infamous bust-up with the mercurial Hatem Ben Arfa.

The bulk of Diaby’s 182 appearances for The Gunners after arriving from Auxerre in January 2006 occurred between 2007 and 2010, a period during which we saw an athletic player, beautifully poised in possession, who seemed to glide forward with the ball. Indeed, when on his game, Diaby was a joy to behold. Tall and rangy, comparisons were soon made with former Arsenal captain and countryman Patrick Vieira. However, in reality, Diaby’s playing style was closer to that of Yaya Toure.

Blessed with more pace than Vieira, he was capable of powerful runs forward into the opposition box to receive passes and score, epitomised by his goal away to Newcastle in the 2008/09 season. After playing a one-two with Robin Van Persie, Diaby collected the return pass in his stride, before surging forward into the penalty area and lifting the ball emphatically into the roof of the net. The Frenchman’s goal against Aston Villa in the 2009/10 season was a Yaya special, starting a move by skilfully evading two Villa midfielders just inside Arsenal’s half before rampaging forward beyond Emmanuel Eboué to finish it off. You can hear how impressed Andy Gray is by Diaby in the video below.

Yaya Toure’s rampant performances in the 2013/14 season fired Man City to the title, so could Diaby have done the same for Arsenal? While this comparison may seem unrealistic, consider that former teammate Alex Oxlade-Chamberlain rated Diaby as “one of the best midfielders he’s seen”. Furthermore, Vieira believes Diaby could potentially have been a better player than he was. Tony Pulis, not necessarily the most easily pleased of managers, has called him a “top, top player”. Take note, Fergie.

A fine man-of-the-match display against Liverpool at Anfield on 2nd September 2012 reignited hope that Diaby could put his injury troubles behind him. Controlling the midfield, Diaby showcased his passing range as well as his unique ability to shift his weight easily to make delicate turns. Almost inevitably, he got a thigh injury soon after.

There will always be a lingering feeling for Arsenal fans of what could have been. Arsene Wenger has stated in the past that Abou Diaby is “the biggest regret” of his career. Although there is always an abundance of midfield talent at the Emirates, a fit and firing Diaby would make a strong case to be a starter in the Arsenal team now. He showed repeated determination to return from injuries but unfortunately, that was never rewarded even after he returned to France, where he made just five appearances for Marseille after joining in 2015. In any case, he will always be remembered by the Arsenal faithful, not least for kicking John Terry square in the face.

Andrew Misra is a founder of 5WFootball, presents the weekly podcast and writes regularly for the site. You can see his work for 5WF here. He also contributes to The Anfield Wrap and you can follow him on Twitter here. He also maintains a general sports blog.